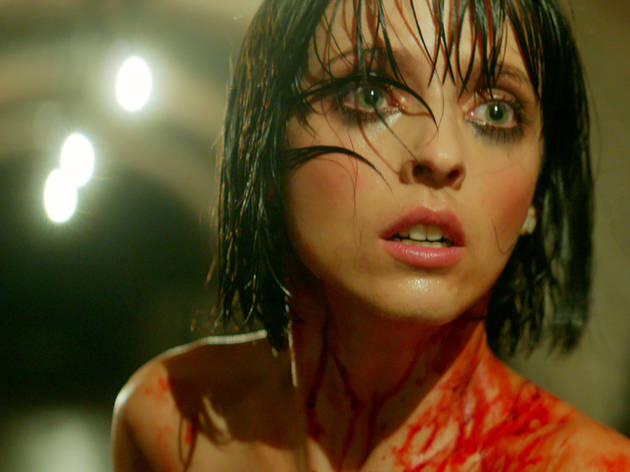 When you get married, you take a vow to stay together, till death do you part. But what about till undeath? As the third installment of this Spanish horror series begins, the dream wedding of Koldo (Diego Martín) and Clara (Leticia Dolera) is unceremoniously interrupted by a nightmarish zombie outbreak (way to go not getting that dog bite looked at, Uncle Victor!). After the blood hits the dance floor, the newlyweds are separated. But rather than escape from the enormous estate holding their reception, both decide to risk their lives searching for each other amid the spreading flesh-eater infection.

Like the previous two [REC]s from filmmaking duo Paco Plaza and Jaume Balagueró, number three initially utilizes the franchise’s signature found-footage gimmick; this installment, directed solo by Plaza, decides to abandon the technique right after its hilarious wedding-video-gone-wrong opening. Ditching the mock-doc aesthetic is a bold formal move, but without its immediacy and realism, [REC] 3: Genesis becomes just another walking-dead movie—and clocking in at a mere 80 minutes, one with no time for character development. Still, credit the film for using its match made in hell to effect a clever matrimonial metaphor: Marriage, in or out of a zombie apocalypse, is about two people against the world. If you want to make it work, you better grab your chain saw and start swinging.